Why Gluten Hurts: The Truth About Celiac Disease

Living Without Our Daily Bread


Since the birth of agriculture- when our ancestors began to cultivate and harvest grains- human beings have cherished bread. It was a minor miracle, this almost magical transformation of grain into dough. Bread became the staff of life, a daily source of nourishment, symbolic of spiritual renewal.

But what if bread was suddenly poison? What if wheat was toxic, and every bite of a toasted bagel, slice of pizza or forkful of penne inflicted damage to your body?

This scenario is a daily reality for those carrying the gene of an autoimmune disorder known as celiac disease.

Little did I know as I wrote my second cookbook, happily creating recipes for lemon infused pasta primavera and olive-rosemary focaccia, that a hidden twist in my own eclectic heritage would soon disrupt my life. After years of subtle symptoms, an acute phase produced a twenty pound weight loss, joint pain, skin rash, and malabsorption. By December, 2001, I knew I had celiac disease.

According to the Mayo Clinic, the autoimmune disease known as celiac (also known as celiac sprue or gluten sensitive enteropathy) is on the rise, and more common than previously believed, affecting up to 1 in 100 Americans.

Triggered by the proteins found in wheat, spelt, barley and rye, celiac disease causes the body to attack and blunt the villi, those hairy little nutrient grabbers that line the small intestine. Eventually, those intolerant to gluten become malnourished, unable to digest foods and absorb fats, vitamins, minerals, and nourishment.

New evidence suggests that an even broader spectrum of gluten intolerance- dubbed non-celiac gluten sensitivity- may affect an ever widening swath of the U.S. population. Those wrestling with stubborn weight gain rather than weight loss, pre-diabetes, allergies, migraines, and thyroid issues might do well to ask a medical professional about the deepening evidence of gluten sensitivity.

Once known as ‘wasting disease’ or ‘failure to thrive’ in infants and children, adult onset celiac is frequently misdiagnosed, most often mistaken for lactose intolerance, irritable bowel syndrome (IBS), anorexia, and colitis.

What to look for:

Unexplained anemia, osteoporosis, blistery skin rashes, migraines, neuropathy, or vitamin B deficiencies are often the tip-off to this disease known as The Great Masquerader. Left to its own destructive bent, undiagnosed celiac disease can lead to severe nutritional deficiencies, brain lesions, ataxia, and non-Hodgkins lymphoma. Prolonged exposure to gluten may also trigger additional autoimmune diseases (as mentioned above, AI’s like company).

A gluten-free diet for life.


As soon as gluten is removed from the diet, the body begins to heal. In children, this healing process can be dramatic, often within six months. In adults, the healing takes time. According to the Celiac Sprue Association, celiacs may require up to a year to heal, sometimes two, depending on the severity of the damage. 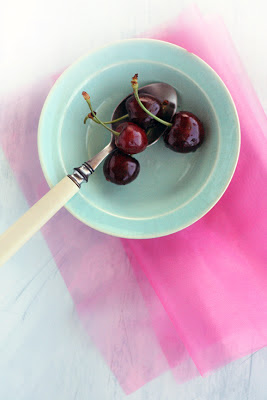 After the initial shock and adjustment to the daily reality of gluten-free living, the newly hatched celiac’s ongoing challenge lies in searching hidden gluten in ingredients and recognizing its myriad sources. English muffins, beer, and frosted donuts are obvious no-no’s. But gluten may hide in such unlikely places as soy sauce, veggie burgers and herbal tea. It is a common additive in broth, bouillon, spice blends, and prepared soups. It may also lurk in vitamins, medications and wheat germ laden lip balm.

Those of us with celiac disease must become vigilant, reading every label like a true detective.

Kitchens must be scoured for sticky gluten residue lingering on cutting boards and non-stick cookware (there's a reason gluten is used in drywall compound and wallpaper paste).

Sharing butter or grape jelly with greasy crumbs from your teenager’s toasted bagel is suddenly scary (we kept two jars of Vegenaise, jam, almond butter, etc in our refrigerator- mine sported Mom’s GF on the lids). When we kept a mixed kitchen, we had a designated gluten cupboard for non-GF breakfast cereals, snacks and sandwich bread. The rest of the pantry was labeled The Gluten-Free Zone.

It took a good 12 weeks for me to truly eradicate every trace of gluten from my diet. Overcoming each setback from unintended exposure took all the determination I could muster.

How much gluten is safe for a celiac? Zero was the answer given by the Celiac Sprue Association of America back when I was first diagnosed. I continue to agree.

Even a speck of gluten the size of a crumb is enough to trigger the body’s immune system to attack itself.

Which means eating out is very, very risky- a topic worthy of its own post.


There is, indeed, life after rice cakes- the first food often turned to by newly minted celiacs. Naturally gluten-free alternatives to wheat such as quinoa, polenta, rice, Thai rice noodles and Mexican white corn tortillas have become favorite staples in our pantry. Potatoes are thankfully gluten-free.  Rice, corn, and quinoa pastas offer alternatives to standard semolina spaghetti, macaroni and cous cous (cous cous is a pasta- and not gluten-free).

Boxed GF mixes make gluten-free baking a breeze for the beginner, and are increasingly available in most grocery stores. Being the intuitive cook that I am, however, I ended up experimenting, sifting together my own mixtures of gluten-free flours (I prefer a more whole grain, flavorful blend than most commercial mixes offer; most GF mixes feature cheap white rice flour and starches, or occasionally, bean flour- which is difficult to digest).

Baking with gluten-free flours is an art that requires an open, 'beginner’s mind' and a sense of humor.

I made many a brick door stop back in the old days, and winged more than my share of inedible hockey pucks into the trash bin. Gluten-free flours do not behave in the same manner as wheat flour, and the old rules do not apply. For instance, gluten-free bread dough and pizza dough are not kneaded. Dough is simply beaten like muffin batter and scooped into a pan. I’m still not used to it.

I am happy to report that deliciousness does ensue. We celiacs do not suffer a bland life. Take a gander at my Dark Chocolate Brownies, Gluten-Free Pizza Crust, Gluten-Free Whole Grain Rustic Olive Bread, and Chocolate Chip Cookies, if you don’t believe me.

An earlier version of this article appeared in the Cape Cod Times Food Section, June 12, 2002. Author Karri Allrich retains the rights to this article ©2013-2016. All rights reserved in all media.

All images & content are copyright protected, all rights reserved. Please do not use our images or content without prior permission. Thank you.


celiac disease how to how to live gluten-free tips